Air conditioning is almost a necessity in many parts of the US, especially during the summer. But what kind of cooling system will work best for you? Here we’ll discuss the various cooling options available to you. 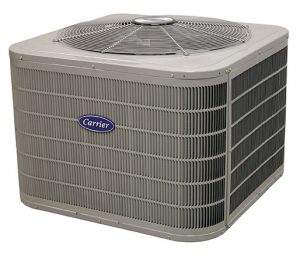 If you live down south, central air conditioning is nearly a must. With temperatures sometimes getting above 100F and staying between 80-90 for almost half the year, you need to stay cool.

Central air conditioners work to cool the entire house. The process is fairly simple. A large compressor is placed outside to take air in. That air then passes through an indoor coil filled with refrigerant to cool the air. The air is then distributed throughout the house with the help of the furnace fan.

So if you’re faced with hot temperatures for the majority of the year, central air conditioning is probably the way to go. 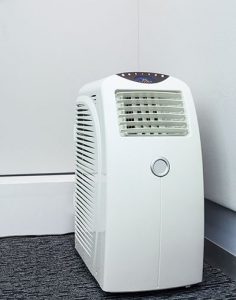 Portable air conditioners are great if you’re only looking to cool one room in the house. They cool by pulling in fresh air, removing heat and moisture, and return cool air into the room. The warm air and moisture it pulls in is vented outside through a window kit. You can also vent through a wall hole or drop ceiling. Installation usually takes only a few minutes.

These types of units can be noisy, but don’t require permanent installation. They’re also not as efficient as other room AC options. Some models have a heating option so they can be used year round. 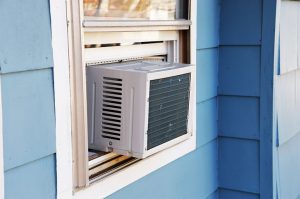 Window air conditioners are designed to be installed inside a partially opened, standard size window. The hot air exhaust system faces the outside and the cool air return faces inside to cool your home.

They are good for cooling small and large rooms. Some have programmable timers and heat modes. 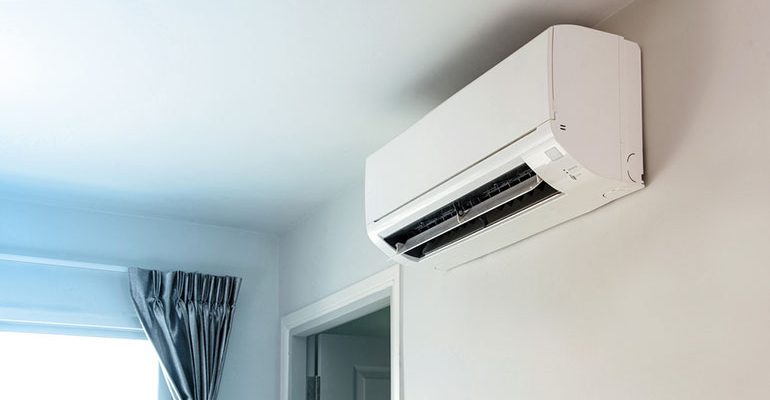 Similar in function to Window air conditioners, through-wall air conditioners are instead installed through a wall inside a chassis sleeve. Many can be installed so that they’re flush with the wall to create a streamlined appearance.

Because many of the venting grilles would be blocked, through-wall AC units do not have a venting mechanism on each side of the housing. They are slightly heavier than window units but are typically available in higher cooling capacities.

Mini-split systems are great for unobtrusive cooling for multiple portions of a house. What makes these systems unique is the fact that they are not self-contained nor do they require ducting like central air conditioners. The system uses a large, outdoor condenser unit and one or more wall-mounted blowers placed inside the spaces you’d like to cool.

Refrigeration lines run from the outside condenser to the indoor blower units. Each unit can be controlled independently. Ductless mini-split systems are known for their high cooling efficiency, quietness, and slim look.